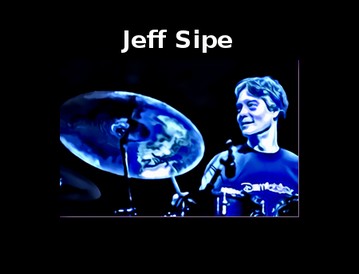 Jeff Sipe is a drummer based in Asheville, North Carolina. For decades he has been a conspicuous presence on the Southern Music scene. He was an original member of the Aquarium Rescue Unit, and the phenomenal trio Hellborg, Lane, & Sipe. He’s known as Jimmy Herring’s go-to drummer, and he can be found in all kinds of fluid combinations. After I heard the recent release by the Jeff Sipe Trio I knew I needed to speak with him.

Jeff has enlisted the aid of two extraordinarily talented young musicians, Mike Seal on guitar and Taylor Lee on bass, and I can’t praise the three of them enough. The playing, the arrangements, the music — everything comes together and works on several levels. Each is a musician who remains true to his own artistic vision, and it’s clear they are in sync with where they want to go musically. That’s the foundation of an excellent album.

Posted on December 21, 2014, in Interview Notes. Bookmark the permalink. Comments Off on Jeff Sipe Interview & Note.