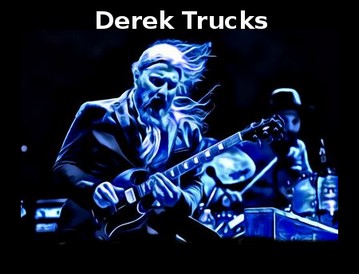 Derek is a consummate musician, he has been on the cover of Down Beat and Rolling Stone; he’s been profiled in The New York Times and The Wall Street Journal; he’s toured with Clapton and Santana; he’s guested on recordings with J.J. Cale, Elvin Bishop, Buddy Guy, and David Sanborn; he’s done a DVD with McCoy Tyner, Ron Carter, and Jack DeJohnette; and he and his wife performed at the White House with B.B. King, Jeff Beck, Mick Jagger, and m.m..

Here is the audio of the second half of my feature interview with Derek for All About Jazz. From his earliest guest appearance on stage with the Allman Brothers Band to his duets with Eric Clapton and lots more! 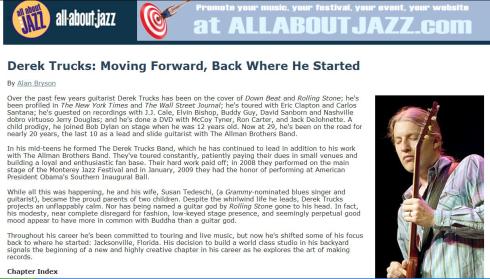