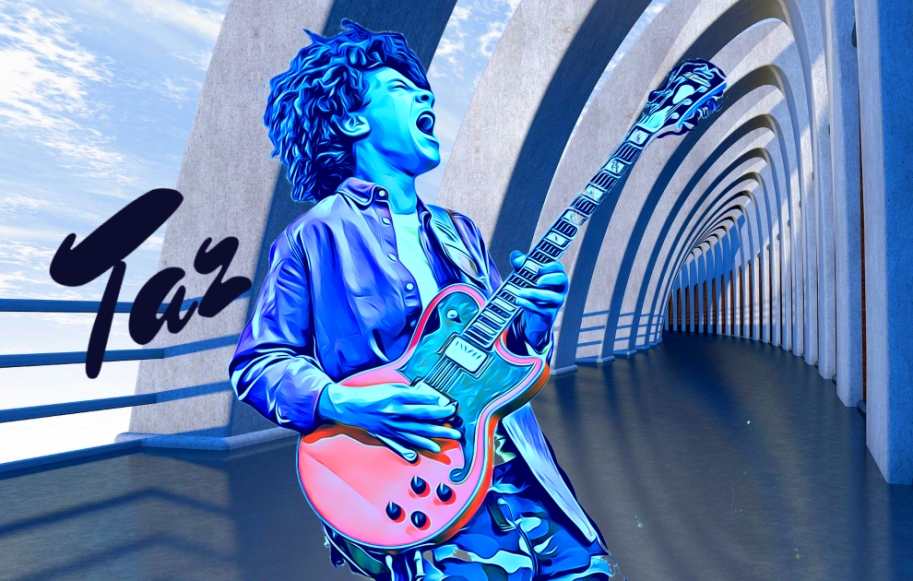 Although he is only seventeen, guitarist/singer/songwriter Brandon Niederauer has amassed a staggering list of accomplishments. At age ten he was a guest and performer on The Ellen DeGeneres Show—the YouTube clip of which has over 3,200,000 views. Two years later he landed a role in Andrew Lloyd Webber’s Broadway Musical, School of Rock. He has performed a Hendrixesque version of the National Anthem at games for Major League Baseball and the National Basketball Association.

He has worked with Lady Gaga, and played with Gregg Allman, Buddy Guy, Widespread Panic, Jon Batiste, Tedeschi Trucks Band, Oteil Burbridge, Dr. John, Eric Krasno, George Porter Jr., and many others. Currently he can be seen in Spike Lee’s Netflix series, She’s Gotta Have It.

He tours with his own band, nationally and internationally, playing his own signature guitar by D’Angelico. Finally, nurtured and guided by his parents, and grounded by friendships he has retained since early childhood, he excels in science and math at his public high school in Long Island, New York.

Continue reading the interview on AllAboutJazz. [There were so technical issues and as a result only the print version of this interview is available.]

Comments Off on Brandon Niederauer Interview

Jimmy Herring is one of the world’s premier progressive rock guitarists. He has the uncanny ability to fuse the visceral power of rock with the ingenuity of jazz harmonics without diminishing the essence of either. In this wide-ranging one hour interview he shares his thoughts on music and his musical influences. From John Scofield, Jimmy Smith, and chicken pickers, to his favorite Howlin’ Wolf song, and lots more.

Or read the print version: 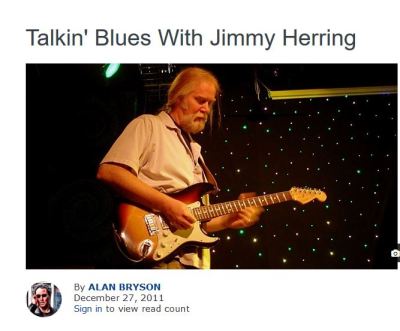 In 2012 I spoke with Jimmy again to catch up and get some background about the recording of his great CD Subject to Change Without Notice — for example, he shared his thoughts about the musicianship of his son (who played cello on the CD), and the artistry of his daughter (who painted the cover art.)

Or read the print version 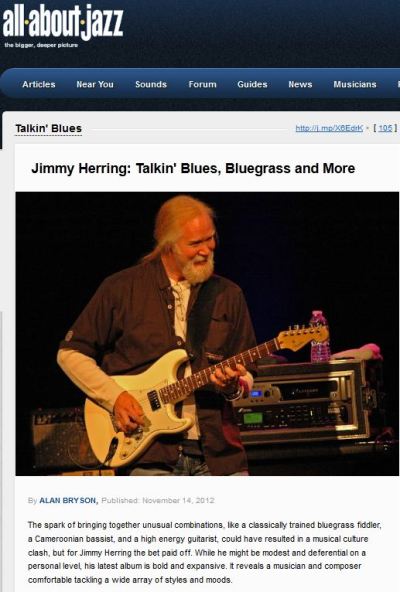 On this episode I speak with all three guitarists from The Ringers: Jimmy Herring, Wayne Krantz, & Michael Landau, plus their fantastic drummer, Keith Carlock. The band brings together five extraordinary musicians, world class players who collectively have recorded and toured with many of the best known and most respected artists on the planet. Steely Dan, Michael Jackson, Bonnie Raitt, Seal, Sting, Joni Mitchell, John Mayer, James Taylor, the Allman Brothers Band and m.m.

These are musicians’ musicians, guys who put the music first, and who want to have fun on stage playing to people who love music. It is a rare treat to see three of the most gifted guitarists on the planet together on stage in the same band, backed up by an equally talented drummer and bassist.

Comments Off on Jimmy Herring Interview

Matt Slocum is a prominent keyboardist on the Southern music scene, best known for his work with Oteil Burbridge, the Lee Boys, and Susan Tedeschi and his role as Jimmy Herring’s go-to keyboard player. Last year he was recruited by Bruce Hampton to join the Aquarium Rescue Unit’s 30 year anniversary tour. He’s also a member of the band King Baby, who just finished recording their first album which will be released this fall on Abstract Logix.

He was born in Massachusetts, where he began studying classical piano at an early age. As a teenager he moved to Alabama and continued his musical education at the Alabama School of Fine Arts. At the 1991 Berklee College of Music Summer Performance Program he was ranked among the the top ten of the attendees.

We get into all of that and more, and listen to some audio of Matt’s work with Jimmy Herring, Bruce Hampton, and King Baby.

Comments Off on Matt Slocum Interview